As many in the industry know, Verizon Wireless was the first company out of the block with an aggressive LTE buildout schedule. The overall thrust was to mirror its vast 3G geographic footprint by the end of 2013. Now as it has done in the past, its rollout execution has accelerated that timeline and now the company states that it should be done by mid 2013. 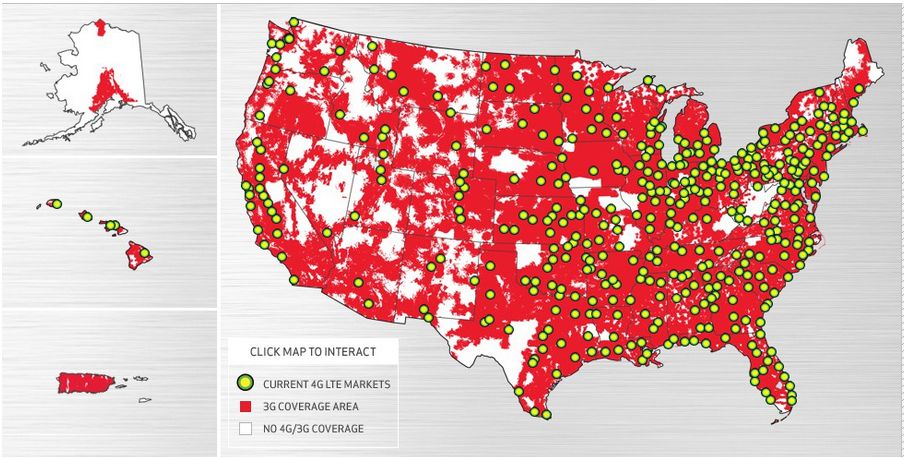 Why?  The faster it can get a full LTE network, the ability to implement VoLTE advances.  There is an operational cost benefit to this.  Why mirror? There isn't an elegant handoff from LTE to CDMA. And of course, the ability to deliver a data byte is cheaper/more efficient on LTE than EV-DO. Of course that's old news.

Onto Q3 and what some of the data tells us.  Since LTE is established as the most efficient data platform, the carrier wants its customers to consume data on that network versus 3G.  The question of how many subscribers are actually on the network comes up. In certain circles, the answer will point to return on investment...

"You spent so many billions on the LTE network and you only have X% of the base on it?! What are you doing to change that?"

In Q3, Verizon has admitted that they've spent substantial marketing into moving people onto the LTE network. Its most reliable network messaging has been supplemented with the largest LTE network and speed messaging to the consumer base.  On top of this, the carrier (like the majority of carriers) are pushing LTE smartphones at various price points marrying that effort with the new shared data plan.

To that end, Q3 had paid off as highlighted in their earnings slide below.  Most notable is the smartphone penetration hitting 80%.  In previous quarters, mid 70% were good.  Crossing 80% is the goal and the carrier seems at this point to have good momentum going into Q4. The upsell is decent - migrating subs from featurephones to smartphones. Again with only 53% of the base in smartphones, the carrier has a nice upside.

3G Smartphones Still?! Out of 6.8M smartphones sold, the company doesn't quite provide the LTE smartphone count since 4.5M were LTE devices (which also includes smartphones and modems, tablets & hotspots). Still a clue was divulged when the CFO revealed that 3.1 M iPhones were sold an of those 650K were iPhone 5s (LTE) suggesting the remaining iPhones were 3G - roughly 2.4M. So we can safely say that the iPhone 4/4s though helping out in ARPU/ARPA, those aren't helping to fill the new and shiny LTE network.  These  3G users will likely transition in 2 years unless Verizon entices with an upgrade promotion. By the way, the company is trying to minimize their upgrade percentages to help margins. 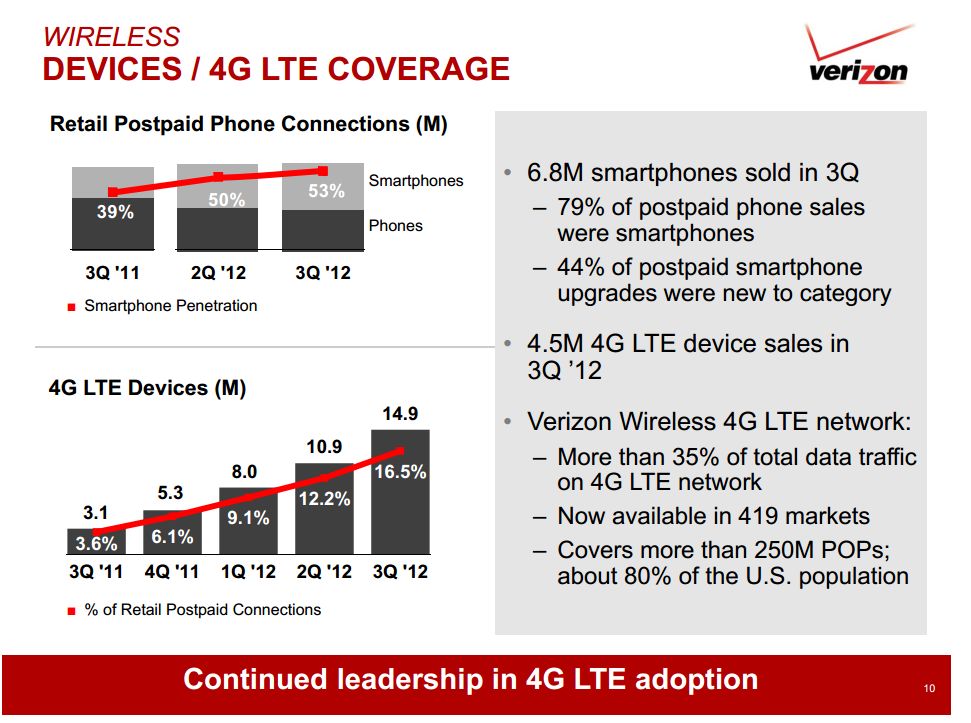 So the takeaway, 14.9M LTE devices of the 95 M retail sub base on the network -  roughly 16%. Is that good? It depends on internal Verizon Wireless planners and financial types' expectations.  For certain, this is an important metric to pay attention to in subsequent quarters for every carrier deploying LTE.