The annual AT&T Shape event at the Warner Brothers Studio in Burbank, California promised to be one that explored the convergence of technology and entertainment.  This was my second Shape (first write-up here) visit.  There were differences and similarities. My view last year was that AT&T was finally showing off the content side of the acquisition that was approved in June 2018. 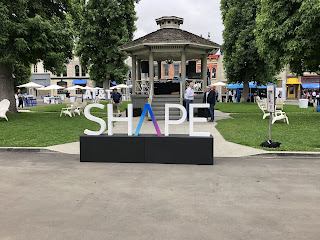 As Shape is open to the public, it is positioned to be a nice public relations event where the AT&T can show off its service and content wares, provide an outlet for hopeful content creators to reallize their dreams and to further its brand.

The big areas that pervaded in 2018 and this year were: VR/AR (or XR), content and 5G.  Some content and XR demos were complementary (duh) but 5G demos have move a bit closer to reality.

The longest lines were for the blockbuster franchise Game of Thrones AR demo. The organizers anticipated long lines and displayed a sign indicating a 1.5 hour wait from that point.  Still, people waited for the ~5 minute demo that allowed the Magic Leap gear wearing attendee to dispatch some GOT baddies with weapons. 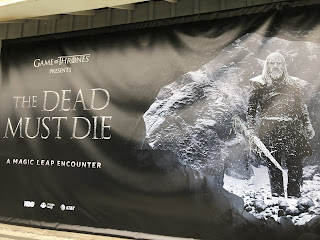 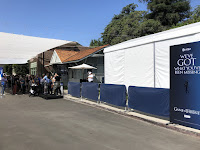 And Magic Leap was a big presence in the demos beyond GOT. Magic Leap had their own area demoing several AR possibilities.  I have to say that the graphics and demos weren't overly impressive BUT in '18, there were no public demos.  Magic Leap (with help from AT&T investment) has come a long way to actually producing product and delivering something tangible.

To be fair, tech follows an evolutionary path and there should be no hesitation that future demos will get better and more compact.   And with the AT&T investment, it makes sense that Magic Leap gets a spotlight session. AT&T's Communications CEO John Donovan and Magic Leap CEO Rony Abovitz talked about Abovitz's vision on what he coined as Magicverse. The description is "... a large scale canvas for creatives, with Magic Leap merging the digital and the physical worlds to create a new reality with 5G" The embedded video should be watched for what this man's ideas are.  It's worth it. I look forward to next year's update.

As previously noted, some of the 5G exhibits (powered by a 39 GHz base station) have some more meat on them. Where in the mainstream press and carrier marketing have been pushing high throughput speeds with every 5G launch, it was refreshing to see AT&T focus on latency as a benefit.  However, it's tough to get this concept across to a consumer audience.  There was a colleague who had an AT&T Samsung Galaxy S10 5G and he showed off some >1 Gbps speeds and everyone who saw this was already conditioned to expect that. AT&T and some other exhibits showed off some simple latency demos, not as any product or service but as more of education. 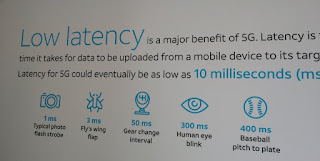 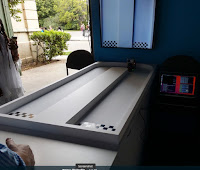 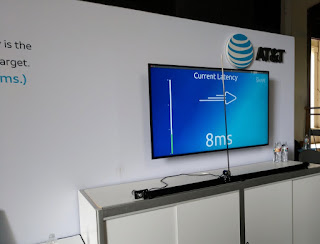 Ericsson's arcade games provided a reference between 5G and LTE latency.  In my view, the industry is now using speed as a crutch for 5G because it's what the public has been conditioned to over the 8-9 years of LTE usage.  The industry needs to move towards latency education somehow. 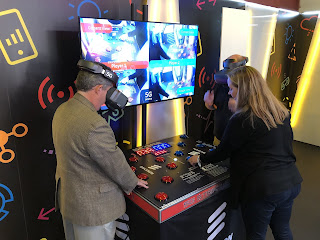 The consumer use case is likely AR/VR and cloud gaming but that won't be here for a couple of years.  Lastly, the content and empowerment message was live and well with several sessions. I pick two that stood out for me as excellent. First, it was The Scully Effect - I Want to Believe in STEM that discussed the role that Gillian Anderson's X-File's character, Agent Scully came to inspire a generation of women to enter Science Technology Engineering and Math.

Second, Technology and Future of Sports, though focused on the NBA can extrapolate into other sports with the vision of moving a couch spectator to one that is seemingly immersed is phenomenal.

While other carriers have their 5G vision demos here and there, AT&T's Shape sits uniquely to open up a wide stage for the public to see where content and tech are going. Here's to the 2020 Shape where my expectation is that the tech demos will go beyond educational.
Posted by 556 Ventures