Verizon's prepaid group is going through a roller coaster ride.   For many quarters, the company's prepaid group had been losing subscribers at an alarming rate. From 1Q15 to 2Q16, the losses totaled 758,000! A momentary hike of 83,000 net additions in 3Q16 reversed in the next two quarters of a low 26,000 losses. It seemed that with new plans, the prepaid group was going to be on the upswing with positive growth in 2Q and 3Q17.  However, 4Q17 saw subscriber losses again. 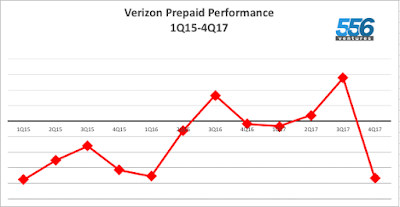 To be fair, Verizon's retail wireless business is predominantly postpaid. Prepaid only accounts for less than 5% of the company's retail subscribers.  However for 4Q17, Verizon stated that its 184,000 prepaid sub losses were predominantly basic phone subscribers as it "deliberately reduced" focus in this area.  This makes sense as it's been the overall prepaid sector trend to cater to higher-ARPU bearing smartphone plans.  Some can argue that it took too for Verizon to come around to switch its tactics, in order to address an increasingly lucrative prepaid sector.  AT&T and others have long argued that given the no-contracts postpaid environment, prepaid and postpaid ARPUs were somewhat converging.

As evident by Verizon's prepaid plans, they are indeed trying to boost ARPU.  Though the minimum single line monthly is $40, the important point is that the company is emphasizing additional lines (as with competitors) to increase ARPA. It's clear that Verizon is not going to be the least cost provider but as wireless veteran observers know, that's not their strategy.  As with postpaid, the company conveys to the market that it is a premium provider with a formidable network. 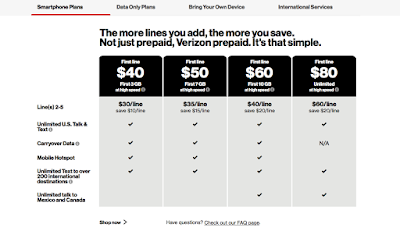 What will 2018 hold for the Verizon prepaid group? I have to think that there will continue to be basic phone losses but when will the smartphone plan additions outweigh the losses?  The prepaid subscriber base currently sits as about 5.4M, does the company care about increasing the sub count or keeping it level while trading it for newer subs that boost overall revenue? I suspect the latter. 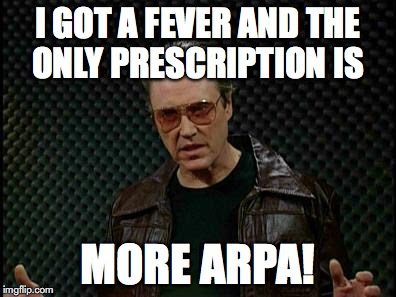