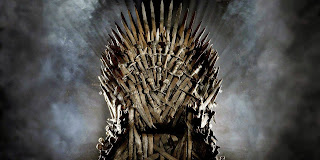 T-Mobile Goes 5G, It's Expected Except with its 600 MHz

The wireless path for all wireless carriers beyond LTE is 5G. Everyone in the industry knows this.  Conventionally, the spectrum associated with 5G talk has been in the millimeter wave (mmW) realm.  That's why Verizon purchased XO because they had 28 and 39 GHz.  That also can be said with AT&T's purchase of FiberTower (24 and 39 GHz) and its interest in StraightPath (28 & 39 GHz).  There are many on-going trials on the vendor side and carrier side as well in mmW bands.   The width of the mmW spectrum availability is in the order of hundreds of GHz rather than the tens of MHz in each that carriers have today.

T-Mobile has also pursued mmW 5G trials. In September '16, Ericsson announced it achieved 12 Gbps   with T-Mobile in the 28 GHz band.  So with T-Mobile's announcement that it seeks to deploy 5G in the newly acquired 600 MHz spectrum (31 MHz covering 325M POPs) is a true departure from the conventional 5G talk and norm.  Why? 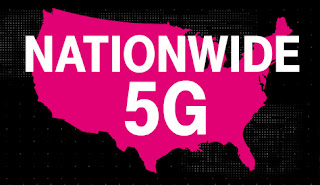 While 5G is the front and center of the announcement, what is lost is that T-Mobile seeks to use some of that spectrum for LTE deployment.   In the 1Q17 earnings call, Neville Ray (CTO) touted that the company wanted to put the spectrum to use quickly, with buildout ready by end of year 2017 along with handset support (Samsung & another vendor).  Two points that T-Mobile have shrugged off:

1) The spectrum needs to be cleared.  T-Mobile's initial 600 buildout will be where there are no clearance issues. It's also the geography where their 700 doesn't cover, so apparently it's a win.  The implication is that it's closing the coverage holes and getting to network and geographic parity with AT&T and Verizon, negating the "Verizon map" marketing advantage.

2) 600 ecosystem cost and support is costly.  It's clear that T-Mobile will be the first mover in 600 LTE and they painted similarities to delving into AWS spectrum.  They claim it's no different.  However, T-Mobile's modus operandi is and has always been pushing the technical and marketing envelope.  It has a good track record.

So the conventional playbook says that 600 will bring geographic and network parity against AT&T and Verizon.  More importantly, it will expand T-Mobile's sales and distribution footprint to greenfield markets traditionally served by AT&T and Verizon because they were the only game in town.

To T-Mobile's credit, they're not ahead of the market as they anticipate buildout in 2019 with commercial service ready in 2020 along with a national footprint.  This is not aggressive but along the conventional standards and industry timeline.  Again, what is unconventional is its use of 600 MHz, unexpected in many tech circles.

The problem with this and conventional 5G talk is from a speed perspective is that it won't make the multi-Gbps targets as so many trials have demonstrated.  Moreover, 31 MHz is going to be divided with its earlier 600 LTE implementation.  This 5G implementation will likely pick up more spectral efficiency in delivering speed relative to LTE but again, as standalone 5G, the operating bandwidth is limited.  So what's the play?  There are two for now.

1) In a conference call with industry analysts, Neville and his network execs talked up rural IoT.  The argument goes that standard 5G mmW IoT is limited by the spectrum and really a play in urban areas due to the propagation characteristics.  While it's out of character with over three years of direct consumer wins, this feels more like a business play.  To be sure, T-Mobile has kicked off its IoT effort in January 2017 and it shouldn't end with 3G and LTE (NB).  IoT connected numbers in the billions and  every carrier wants a piece of the pie. With low or no per unit acquisition costs along with sustained recurring revenue, each connection has an excellent (industry term) customer lifetime value.  The money potential will preset itself in 2020 and beyond but for now, the announcement gives T-Mobile business and IoT force some roadmap to present compared to AT&T and Verizon, which have a substantial lead.

2) T-Mobile's 2020 national 5G network target is a pure marketing win. Again with conventional 5G talk with mmW, this conventional implementation will not have a 5G national footprint. While that is true, competitors can claim greater 5G speed compared to T-Mobile's 600 5G speeds.  The only caveat is that T-Mobile is likely going into mmW 5G as well.  So looking ahead, another related component will be the ongoing mmW spectrum acquisition race.

In closing, all the industry talk, other spectrum bands are likely to be refarmed into 5G.  I'm counting on Sprint to announce its 5G foray using its 2.5 GHz resources soon. 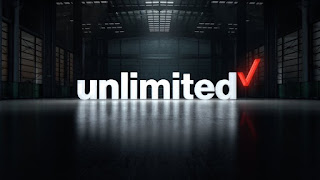 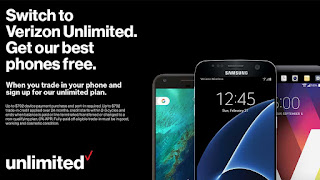 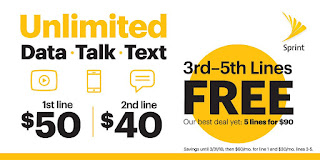