Coverage and then there is coverage

The POP or population covered and market race is on again for 4G/LTE coverage. Carriers had been battling in this numbers race back when 3G was introduced.  Population covered had been the norm in showing coverage. However, that is just one component of market positioning.  The other one is geography.  From the national map view, Verizon Wireless is pretty much in the driver’s seat with the 2008 Alltel acquisition.  To Verizon Wireless’ credit, the carrier has been effectively exploiting its geographic advantage and is central to the “Why Verizon Wireless?” marketing strategy. 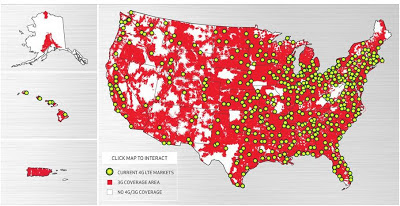 Why haven't AT&T and other tier one carriers T-Mobile and Sprint matching geography coverage?  Simplistically, these carriers are more or less taking a population density approach.  They are covering where most people are using their phones. As one carrier analyst relations professional explained in the past, “We’re not going to build a network to cover cows.” There is financial logic to that as capital expenditures are scrutinized by investors.  What’s the return on investment on covering cows?  Does a company really have enough capital to match Verizon Wireless’ geographic coverage? The short answer is yes but some are in better financial shape than others.   In the 3G realm, forging roaming agreements becomes the equalizer.  For example, Sprint got the map coverage to largely with an agreement with Alltel (pre-Verizon Wireless takeover). 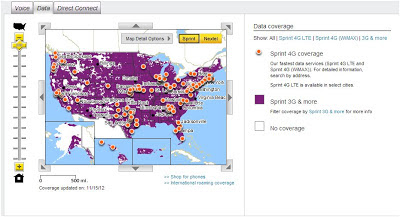 Leap in another example uses Sprint as its main roaming partner. 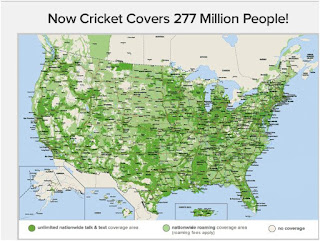 Therefore, the operational cost of roaming outweighs the capital cost in building a network in specific markets.  Besides, the ability to provide coverage and connection to customers is extremely important in light of the expectation of US national coverage.  This is all fine for 3G networks but as the industry moves to LTE, a different marketing dynamic takes hold which fuels this vicious coverage arms race again.