In the October Q3 2012 earnings call, AT&T Mobility President and CEO Ralph de la Vega addressed the Q4 outlook for net additions to be based on tablets. The broader view of course is is to stimulate data adoption and revenue.  He said,

"We also anticipate a higher number of net adds from tablets in the fourth quarter."

Further at the November 7 AT&T Analyst event in which the $14 billion wireless/wireline investment (Project Velocity IP) was announced,  Mr. de la Vega addressed tablets again in the Questions and Answer session in the context of Windows 8 support and Q4.

He stated, "It's gonna rain tablets."

Given these statements, let see what AT&T has planned to realize that projection. There are three views on net additions. First, there are direct LTE-equipped tablets that are available within the AT&T portfolio.  Second, there are the indirect benefit of WiFi equipped tablets stimulating wireless broadband adoption from mobile hotspot devices.  Lastly, there is the wholesale component that customers such as Amazon's will offer tablets with built-in data.

In this post, we'll focus on the direct customer purchase view, the backbone of AT&T's effort to stimulate mobile share plan adoption and tablet rainmaking is a $100 tablet discount/two-year commitment promotion. This was announced on November 9th.

The AT&T tablet portfolio should mirror the handset portfolio philosophy   That is to provide customers with the widest array of choices in operating systems and price points.  Each tablet is mobile broadband enabled (no surprise).  Going into the Windows 8 launch, the company's tablet offerings centered around the Apple iPad  and several Android-based offerings from HTC, Pantech and Samsung. Looking at the emerging AT&T tablet portfolio in Q4, several initiatives and products have been announced since the earnings call. To provide choice and OS diversity, Windows has been introduced.  Below are the device announcements since the late October earnings call. 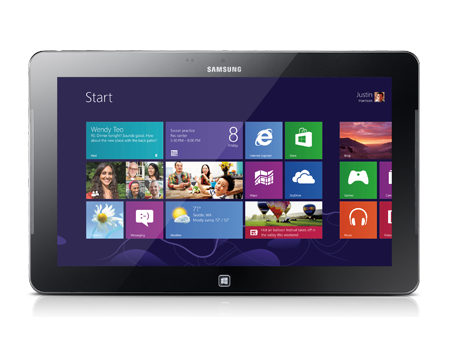 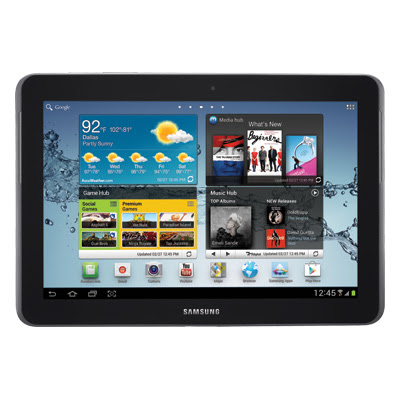 The device announcements have indeed provided a spread in price points. In the past, manufacturers were criticized on the high cost of a mobile broadband connected tablet (~$130) relative to the WiFi-only option.  Now with the $100 discount and mobile share plan options, AT&T seeks to minimize that price gap.  Still with a consumer eye, the price points may not be that appeal to the mainstream.  However with an eye towards small business and enterprise, the offerings may be palatable.  The difference now than before, aside from the price promotion, is that Windows 8 may bring business traction. With Microsoft as a enterprise friendly brand, Office, Exchange and VPN support among other security features helps Windows 8 receptiveness. A mobile broadband connected that is IT friendly makes the case for workforce mobility and productivity.

Back to the consumer view, Q4 has a lot of room left for announcements but as Black Friday approaches, many selling companies start seeding the consumer mindset for the holiday buying. As the weeks progress, AT&T should be announcing additional vendors. As more announcements are made, we'll keep a running tally and opine whether the raining tablets scenario seems credible enough to push up Q4 net additions.
Posted by 556 Ventures