At Mobile World Congress, Sprint announced its intention to launch 5G in May  with initial markets in Chicago, Atlanta, Dallas and Kansas City, along with Houston, LA, NYC. Phoenix and Washington, DC. 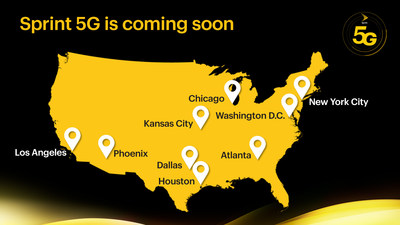 The big picture: Sprint is finally realizing the advantage of its 2.5 GHz spectrum. While most of rivals were deploying LTE with FDD spectrum, Sprint's 100+ MHz TDD is a blessing as it can use that same wide bandwidth dynamically (split mode) to serve LTE and 5G. Therefore, it can add more downlink where market conditions require in contrast to a defined chunk of bandwidth as in competitors' FDD modes. 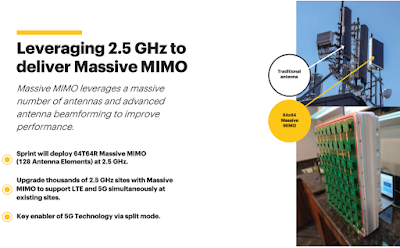 Why it matters:  To take a page out of the Tour de France where the leader wears the 'yellow jersey' as the winner in the stage, the 5G race seems to line up with Sprint.  While larger competitors AT&T and Verizon are deploying fatter mmW spectrum for fixed and quasi mobile service, it's unclear how they will get a national 5G footprint (It can bring in its discontinued 3G spectrum).  T-Mobile is banking on its FDD 600 MHz to provide the national coverage layer that could win the 5G geographic race down the line but it currently is still deploying and waiting for television station clearing. Moreover, it's unclear how much of its limited spectrum that it shares with LTE can provide a meaningful 5G experience.

To be sure, Sprint's 2.5 5G coverage cannot provide a fully filled-inn national map. Physics makes it just too expensive to do so. However, using the 2.5 GHz in already built out markets and Massive MIMO upgrades along with the trend of vendor modularity (software and 5G 'cards'), Sprint can provide more 5G POP coverage than competitors in 2019. 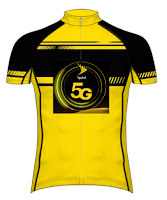 Tour de France observers will note that the race is multi-stage and with each stage there could be different leaders wearing the yellow jersey.  For now, in the first stage of the domestic 5G, it's looking like Sprint.