AWS Spectrum Maps - Before and After: AT&T-Leap Buyout

In yesterday's post, we saw the results of a combined entity spectrum depth map that displayed the 700MHz, Cellular, PCS and AWS bands.  However, one of the points I brought up was AT&T staying in the AWS spectrum game for LTE capacity fill in (to 700) and to position itself from an AWS LTE roaming standpoint. In this post, we are fortunate to show the AWS holdings for Leap and AT&T. 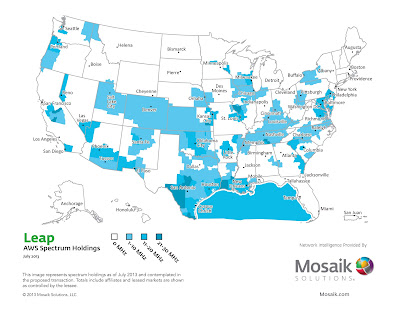 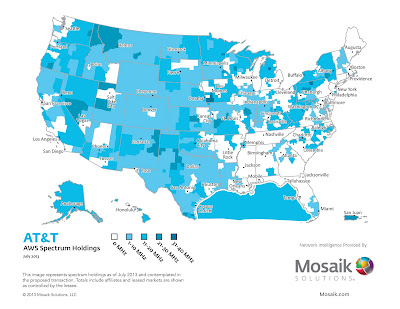 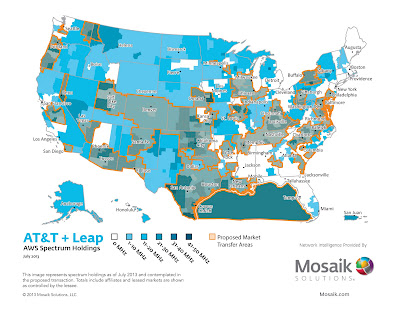 What have we concluded? Specifically, the AWS national footprint still far from filled as evidenced by the white on the map. Once AWS LTE roaming happens, AT&T has the option to fill those areas, if necessary.

Despite the AWS gaps, we can see that Leap will strength AT&T LTE in specific markets such as: 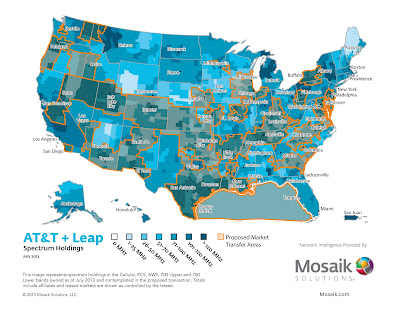 Thanks to Mosaik for their output.
Posted by 556 Ventures