WatchTV - Building the Base to Enable Future Revenue Growth

Is it still price competitive as in the old days? Yes and no.  The price leaders continue to be Sprint and T-Mobile while AT&T and Verizon continue to position themselves as the premium carriers.  Of course the big two's legacy network perception continues to play an integral role both in high-value customer retention and seemingly record low churn.  Despite T-Mobile's continuous poaching, the sky hasn't fully fallen at AT&T and Verizon.

Make no mistake, T-Mobile was "the" catalyst that stimulated postpaid price wars and brought unlimited back at the big two.  Network and price continues to drive service provider selection but with over 120% wireless penetration, the game for several years has been one of switching. Number 3 and 4 players, T-Mobile and Sprint have been marketing their networks to be equivalent to that of the bigger two. Combined with price advantage, T-Mobile has seen greater success in building up its subscriber base.  However, the days of widespread price slashing at T-Mobile has stabilized.  While Sprint continues its price value leadership to acquire new customers and offset churn, the three other providers are moving to maintain or increase profitability.

Now the shift is moving to embedded value, beyond pricing.  At T-Mobile, higher data thresholds on data prioritization, hotspot capability, texting and data abroad, T-Mobile Tuesdays and free Netflix are just examples for retention and acquisition.  To offset content, Sprint cut a deal with Hulu while AT&T rolled in HBO as a benefit of subscribing.  Verizon content play is Go90 but it's not a subscriber benefit as Go90 is an open to all.  However, AT&T's strategic vision is one that centers around content and the ability to deliver and monetize that.  AT&T's acquisition of DirecTV produced the over the top (OTT) DirecTV Now.  Now with quickly closing the Time-Warner acquisition, AT&T announced two new postpaid rate plans that bundle content value, anchored by WatchTV.


WatchTV is a 'skinny bundle' that features well known video channel brands.  Customers on the new Unlimited &More and Unlimited &More Premium receive the base channels.   Premium users will be able to add HBO, Cinemax, SHOWTIME or STARZ as well as music streaming services like Amazon Music Unlimited and Pandora Premium.  For non-AT&T customers, the price is $15. 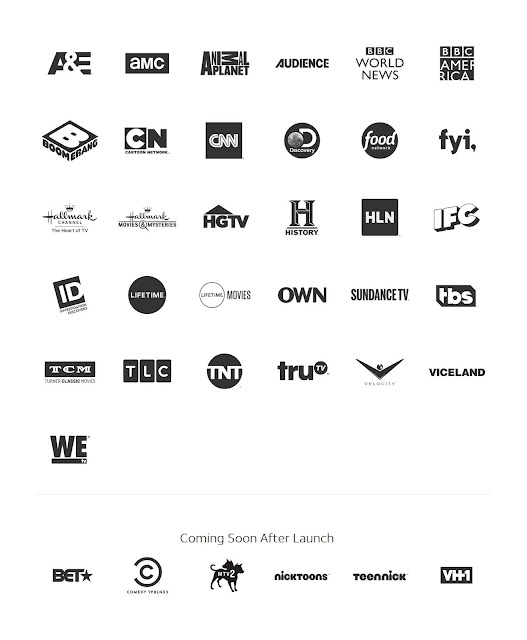 When DirecTV Now launched, many knocked the limited content available but as the progressed, more channels were added; it's likely to follow a similar playbook to further WatchTV's value proposition. WatchTV is based on the same DirecTV Now platform which may borrow key features including a similar navigation guide, multi-platform access and cloud DVR.   This immediately conjures up the cannibalization issue of current DirecTV franchise of users. To offset this, a $15 credit is available to upsell or tamp down any video churn.

Surprisingly, a new portfolio swap comes in just over three months since the last price change. Inevitably the conversation moves to price.  This introduction is supposed to be on the week of June 24th yet as of this writing, the new plans have yet to be launched.  With some preliminary details on the new Unlimited &More and Unlimited &More Premium plans, they seek relative parity with the previous Unlimited Choice and Unlimited Plus Enhanced.  What has been shared so far is that Choice and &More is the same at 4 lines ($160) but $5 more with lines 1 to 4. 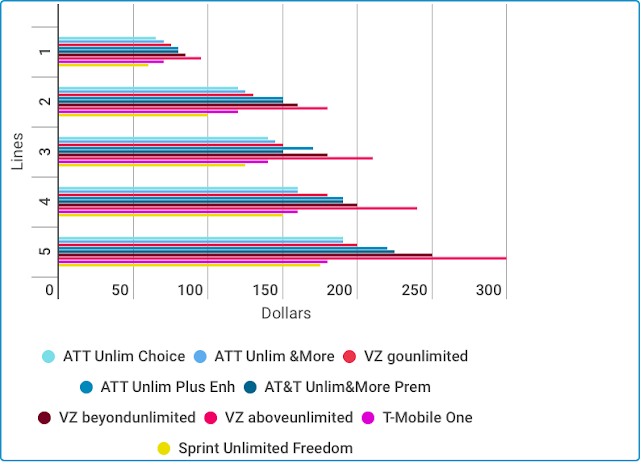 For Unlimited &More Premium, the pricing remains with Plus Enhanced with lines 1-4 ($190) but $5 more for lines 5+.  To me, it's clear that AT&T covets the 4 line account as the 'bread and butter' profile of its users.  Still, there has been no price cuts so T-Mobile and Sprint remain the price leaders while Verizon remains the most expensive, especially withe introduction of the third aboveunlimited tier.  With some price increases, AT&T's challenge is to convert older unlimited and Unlimited Choice & Plus Enhanced account holders to these new plans with the feature value.

In the near term, WatchTV is about enhancing competitive postpaid plan value. It comes at the end of the second quarter and ready for steady promotion going into holiday selling. In the long term, the goal is to increase the video viewer base.  To help this, AT&T promises that WatchTV is but the beginning of many new offers to come as the result of the Time Warner acquisition.  Given the rapid pace of WatchTV rollout, there should be many of those promise offers should come by the end of the year.

As AT&T has publicly stated, its long term strategy is to leverage its advertising and analytics business unit to drive future revenue.  A larger subscriber base certainly helps the cause but that advertising and analytics unit is making its own moves to create the necessary foundation to expand its ad tech expertise. The AppNexus acquisition valued at $1.6B is expected to close in the third quarter brings further global capability, something I believe wants to further expand its international portfolio.    CEO Randall Stephenson promised more smaller acquisitions to come after the Time-Warner close.  With the impressive pace of announcements and execution, it'll be interesting where the now media company will bolster its business units.  My money is on further content and ad tech.
Posted by 556 Ventures