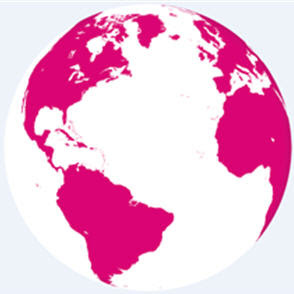 T-Mobile announced its Un-carrier 3.0 initiative. The 3.0 portion follows the Un-carrier strategy that the company unveiled in March 2013 to address "customers' pain points" and ultimately set the company on track to retain and grow marketshare.

As a recap, this slide from the 2013 Q2 earnings release summarizes the company's Un-carrier moves thus far. 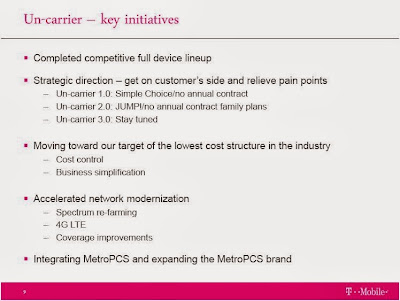 
WHICH COMPANIES WILL FEEL THE MOST IMPACT?

It remains to be seen if competitors will match T-Mobile's unlimited data and text roaming offer. To some extent, they are handcuffed as their enterprise bases are large and international roaming revenue, decently profitable. Loyalty and network breadth (domestic and international) will be a piece of the counter argument. However, Un-carrier 3.0 is a formidable challenge that will need to be addressed. Key indicators will be customer inquiry for a competitive response, roaming revenue declines and customer voluntary churn.  What form it will take and how quickly a solution rolls out depends on customer defection.  Regardless, product planners will be in meetings to figure out their company's response alternatives.