T-Mobile is rebranding its MetroPCS prepaid business unit with the new moniker Metro by T-Mobile. Honestly, it's time or should have been done maybe two years after the MetroPCS was acquired at the end of 2012 and closed in early 2013. The PCS part of the brand harkens back to the PCS spectrum the company was operating. Quite frankly, the industry shortcut nomenclature was always Metro, so BFT.

How we got here: T-Mobile CEO John Legere teased a series of Twitter posts last Friday, the 21st. 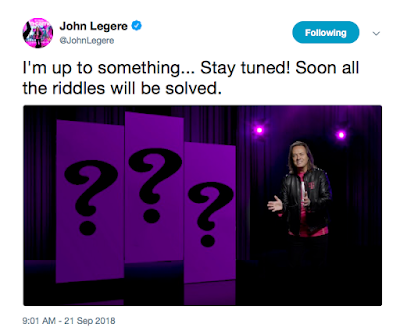 With T-Mobile and Legere promoting a "LegereForBatman" campaign, you'd think maybe another T-Mobile executive could have been the Riddler as a stretch joke. 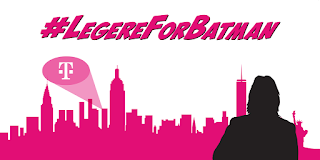 But long-time industry observers may have noted the Legere tweet's question marks were the MetroPCS colors. Even T-Mobile CFO (also ex-MetroPCS CFO) Braxton Carter weighed in on John's tweet: 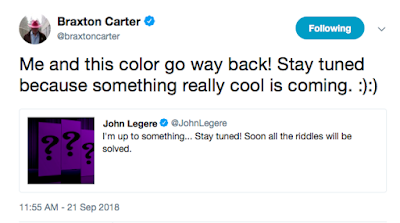 Aside from the Metro rebrand, the other announcement component is the revised plans.  The new $50 and $60 plans are more competitive not just for the additional hotspot data ($50 from 0 -> 5GB and $60 from 10 -> 15GB) but it's notable that marquee external partner value has been to the prepaid segment.  The inclusion of Google One storage and Amazon Prime membership in a plan is something out of a postpaid plan playbook.

But that's the point that T-Mobile is making; the lines between postpaid and prepaid are getting blurred. However, that's not entirely true. The fine print says that Metro subscribers will get throttled when there is congestion so that T-Mobile One (postpaid) users have data priority.  Still, the new plans validate a long standing effort to boost the prepaid average revenue per user by focusing higher plan price points.  Moreover, another trend is to promote family lines. The value proposition here, similar to postpaid, is that family plans decrease churn. Churn is especially critical in the prepaid sector, where the price sensitive customer has a tendency to jump providers for the best deal.  So the introduction of Google One and Amazon Prime membership are more anti-churn value components to sweeten the pot and to move the conversation away from the traditional lowest monthly cost mindset.

Step back and look at the macro view.  After blistering growth since integration, T-Mobile prepaid (predominantly MetroPCS) has cooled since 2Q17.  While Metro has slowed, arch rival AT&T's Cricket side has greater growth momentum than Metro. 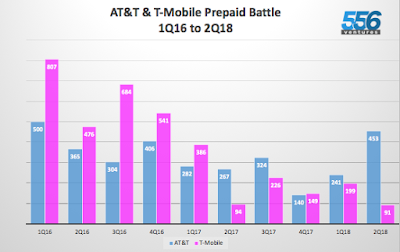 Meanwhile, Sprint's and American Movil's Tracfone prepaid units continue to recover from staggering losses due to its earlier bets on the lifeline segment (Assurance and SafeLink).  In the near term, it's looking like a two carrier race.  We'll see what happens in 4Q if these plans can make an impact. The yea's not done yet; competitors may also get into the value race as holiday sales take shape.